Smartenergy starts the construction of a 63,5 MWp PV plant in Portugal

The Pessegueiro installation will produce electricity to supply 26,000 households and will avoid almost 35,000 tons of annual CO2 emissions into the atmosphere. 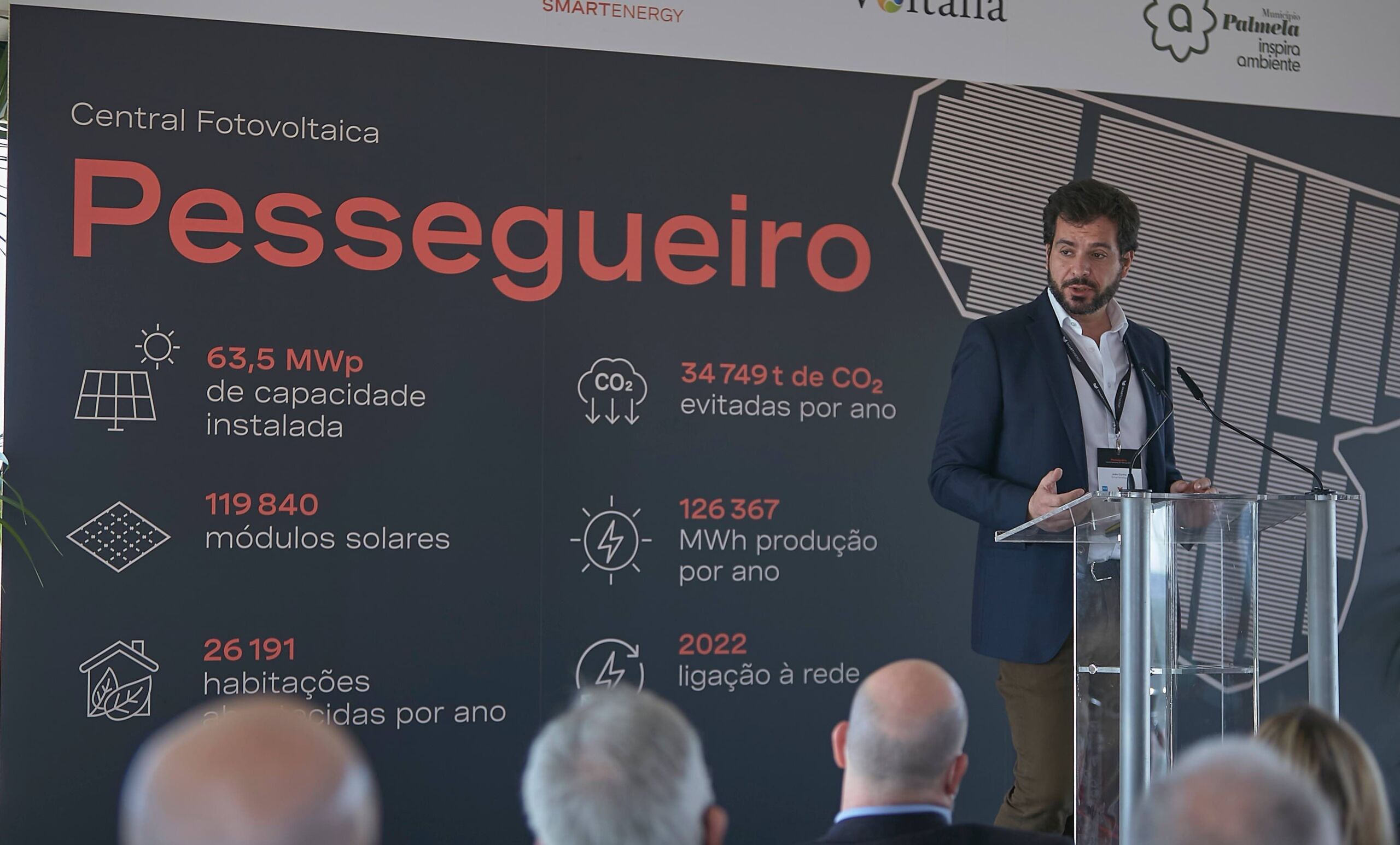 On February 16th, a symbolic act of laying the first stone of the Pessegueiro Photovoltaic Power Plant (63,5 MWp) was carried out in Pinhal Novo, Palmela. The ceremony was attended by Portugal’s Deputy Minister and Secretary of State for Energy, João Galamba, and the Mayor of Palmela, Álvaro Manuel Balseiro Amaro. The solar plant, consisting of 120,000 solar modules, will be connected to the grid by the end of 2022. This project will provide employment to 200 workers during its construction phase.

With an annual output capacity of 126,367 MWh, the energy produced by the Pessegueiro power plant will be sufficient to supply electricity to over 26,000 homes, according to the country’s average domestic consumption statistics. At the same time, this state-of-the-art PV plant will prevent the annual emissions of 34,749 tons of CO2 into the atmosphere. This will be one of the largest solar installations in Portugal built to date and is in line with the country’s ambitious decarbonization strategy.

The Pessegueiro project, as well as a recently inaugurated solar PV plant (nearly 50 MWp) in Algarve, demonstrates Smartenergy’s commitment to Portugal. In the near future, the Swiss company plans to start the construction of two further projects of similar size near the Pessegueiro plant, reaffirming its confidence in the country’s ambitious energy transition goals.