Smartenergy has received consent from the Sassari Provincial Industrial Consortium (Porto Torres district) for the construction of a 3-phase project, which will be completed by 2030. 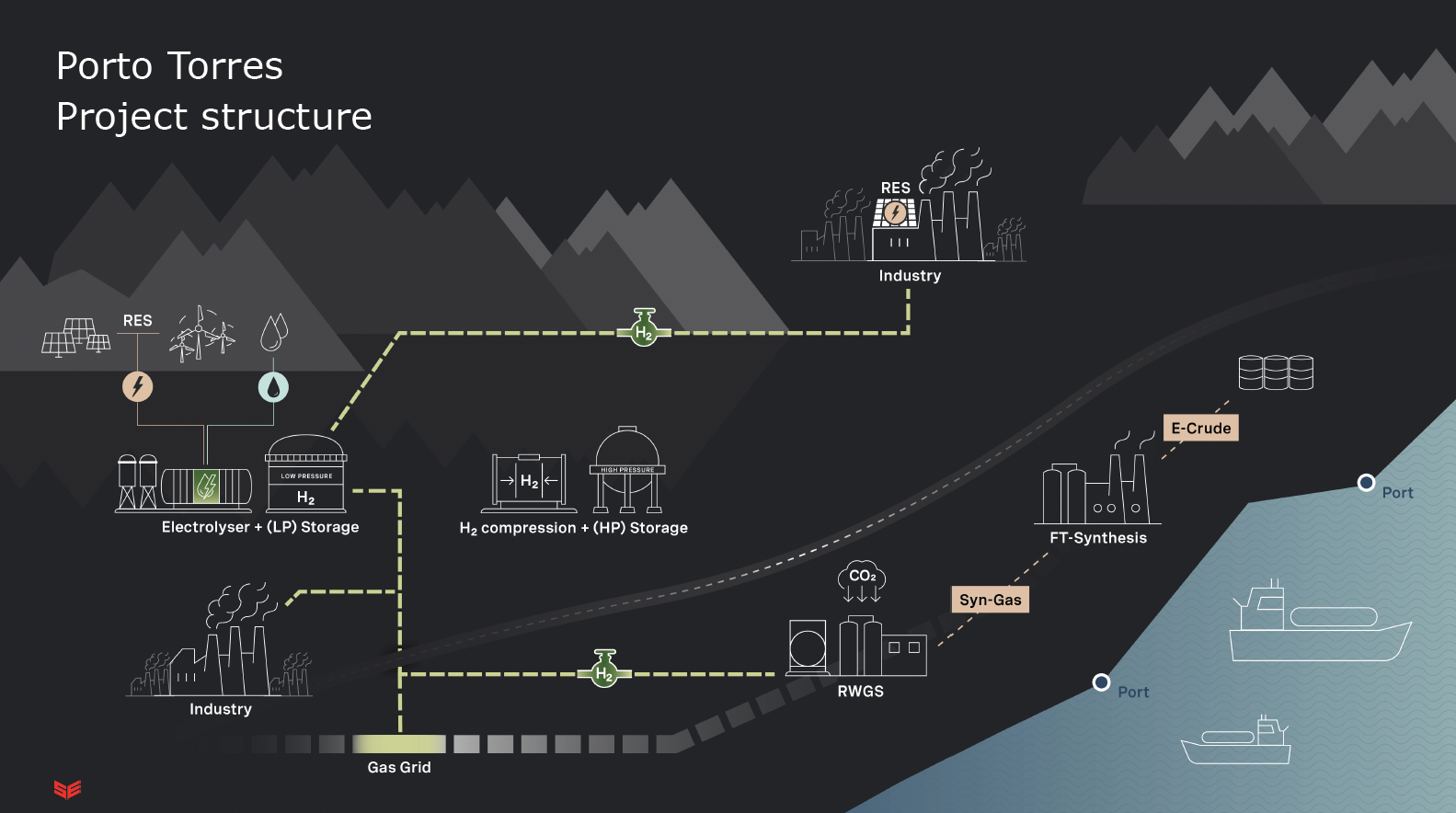 The Sassari Provincial Industrial Consortium (Consorzio Industriale Provinciale di Sassari) has consented the development, construction and operation of a green hydrogen production plant located in the Porto Torres industrial complex (Sardinia). The project will be led by the Swiss company Smartenergy.

In the words of Massimo Poli, Country Manager Italy of the firm, ”this ambitious project is in line with Smartenergy’s investment strategy. We are particularly proud to have the opportunity to redevelop a large territory such as Porto Torres, which has been damaged by years of intensive exploitation by the petrochemical industry for refining hydrocarbons. We will contribute to restore the area by bringing new value and green technology for the benefit of the Sardinian community’.

The President of the Consorzio Industriale Provinciale di Sassari, Dr. Valerio Scanu, commented “The Consorzio Industriale Provinciale di Sassari (CIPSS) is considered among the most important industrial areas in Italy due to its geographical extension and location. In recent years the CIPSS, to contribute to implementing the industrial reconversion and requalification of the Porto Torres area, has included among its strategic objectives the regulation and rationalisation of renewable energy development. In particular, it has initiated development policies aimed at promoting the construction of ground-mounted PV plants for the production of green hydrogen. For these reasons, the CIPSS governance has demonstrated great interest towards the industrial initiative promoted by Smartenergy, which is in line with the shared strategies of the local area, of participating to the ambitious project for the creation of an hydrogen district in the North of Sardinia”

Smartenergy started the project’s feasibility study in 2021, identifying a great potential to decarbonise the Porto Torres area, which will benefit from this green hydrogen project.

The Swiss firm will be supported by the consulting company Link Consulting Group and has already established relations with local companies and stakeholders in the Province of Sassari. The project has received endorsement from the Sassari Provincial Industrial Consortium. Further initiatives will soon be undertaken with the local University and other key local players to create value and new jobs in the Sardinian community.

The H2 Porto Torres project will create a Solar + Wind + Green H2 energy ecosystem in the industrial district of Porto Torres, taking advantage of existing and under-development renewable energy sources with a total capacity of up to 500 MWp. Once fully developed, H2 Porto Torres production is expected to supply “a blend of green Hydrogen” to hard-to-abate sectors, a facility to produce green methanol for export and e-fuels for the aviation and shipping sector.

The project, in line with the 2030 targets for decarbonisation and blending of green hydrogen into the gas grid, will be developed in 3 phases (target capacity between 20MWe up to 200MWe), with estimated delivery dates between 2026 and 2030. Smartenergy will start permitting activities in the first half of 2023.